Montana Trail Crew, a non-profit trail running and open space advocacy organization, invites you to come down to the Wilma Theater for our 4th annual end-of-season party celebrating the trails that connect the outdoor community to the wild lands and open spaces so abundant in Montana. Join us for an evening of spectacular trail running film capturing the lure and indescribable sensation of venturing deep into the wild.

We'll be opening things up with live bluegrass music before screening this year's selection of the best trail and mountain running films found anywhere, including video shorts and feature films from Montana and beyond. Stick around for a chance to win products from one of our many generous sponsors and head home knowing that event proceeds are going toward improving the local trails we love.

We're proud to partner with Run Wild Missoula to make a weekend out of it, with the Mount Jumbo Elk Ramble 15K Trail Run taking place on Saturday morning. As a special incentive to get runners signed up for this event, 100 lucky race entrants will receive a complimentary film festival ticket at random in their race packet. The Elk Ramble is filling fast, so sign up and make this a fitting farewell to another great season of Montana trail running.

This year's selections include both feature films and shorts set in stunning locations throughout the Rocky Mountains, with several shot right here in Montana. Expect to see familiar faces as local filmmakers and members of the Montana running community grace the big screen. With any luck we might even have a few of this year's stars in attendance. Check back with Montana Trail Crew in the coming weeks as we roll out this year's film line-up! 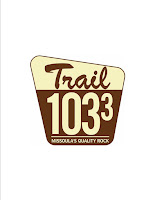