Lots of Montana runners hit the trails again this week, so here's a brief recap:

Here are a few of the happenings of the Montana trail running community over the past couple of weeks: 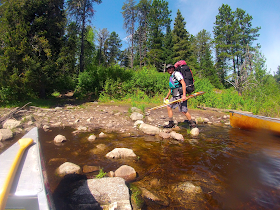 July’s MTC Trail Chat is with Henry Reich age 28. Henry burst into the local trail scene with his 2nd place at the competitive DFMI and a few weeks later won the tough Pengelly Double Dip. Henry is originally from Minnesota and moved to Missoula last fall. He ran at Grinnell College in Iowa (where he skipped a Rhodes Scholarship interview to run at DIII Cross Country Nationals). He Nordic skied competitively in high school in MN and also Nordic skied during graduate school at the University of Waterloo, Ontario. He had a hiatus from athletic competition for a few years and then picked up Nordic ski racing again over the last few winters and recently started trail racing after moving to Missoula. He said “I'm excited to be back running more!”